Minato Science Museum Eases Admission Restrictions From October 16th.
You no longer need to book in advance for visiting the museum.
There are no time frame limits so you can visit us anytime during 9am to 8pm.
(Final entry is 7:30pm.)

Please note that the following requests when visiting.

We thank you for your understanding and cooperation.
We look forward to seeing you in the museum!

Hibiya Line:
about 5 mins from Kamiyacho Station exit 4b.
about 4 mins from Toranomon Hills Station Exit A1, A2

Ginza Line:
about 10 mins from Toranomon Station exit a2.

Easily accessible by public transportation. No car parking is available.
* If you have difficulty walking, please kindly let us know by calling before visiting.
A bicycle parking is available, but please be aware that the number of racks are limited. 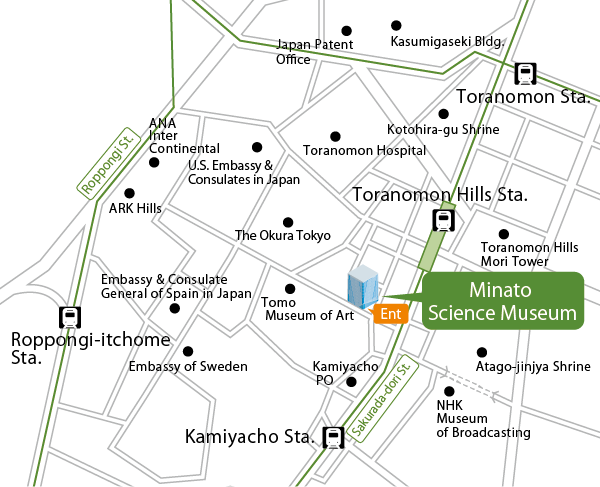 An admission applies only for entry to the Planetarium.

* Annual Membership is sold at Museum's reception on the first floor. It’s valid for one day at a time.

* Admission for planetarium is free for infants, preschoolers, people 65 years old or older, disabled people living in Minato City and their caregivers (up to one person). Please show us your certification. Please take a free admission ticket at museum’s reception.

The exhibitions are interactive. The theme is to discover and explore the science that lives in the city. In the four corners of “Nature”, “City”, “Sea” and “Human”. All generations are welcomed to learn science with fun.

* For the prevention of infectious diseases, some hands-on exhibits have been suspended. 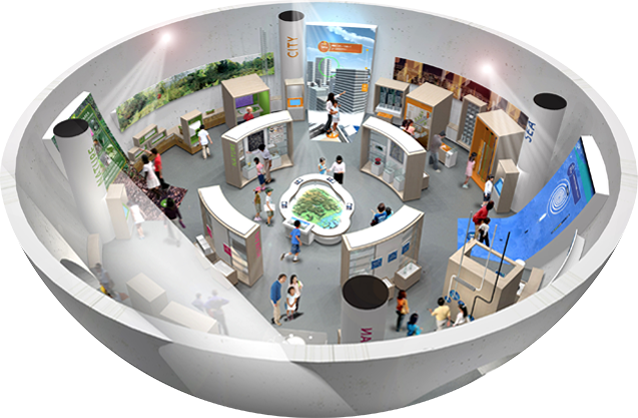 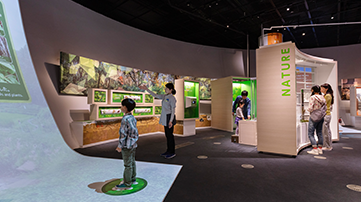 We focus on animals, plants and insects that live in Minato City.
You can experience the connection between your life and nature, and also deepen your understanding of the importance of biodiversity. 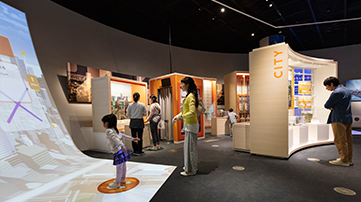 You can encounter science and technology that is usually invisible in the town. Experience it while exploring how technology is enriching and supporting your life.

Exhibitions:
Fly over Minato City in virtual reality/Buildings and earthquakes/What color is this?/Beneath the town streets/Generate electricity with a hand crank generator /Lift heavy loads with a crane pulley/Structure Puzzle/Move it with Magnets 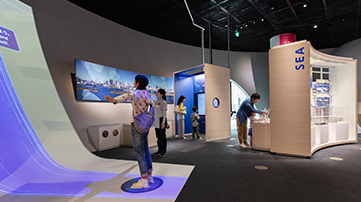 “Minato” in Minato City means a port! The focus is on the sea, rivers, ships, etc. Why do ships float on water? Can sound travel through the water? Let's consider these questions together. 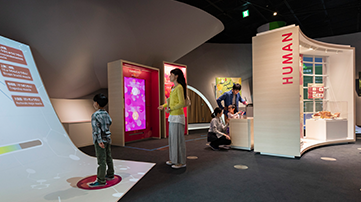 You can see the “humans” who take the leading role in Minato City from a scientific perspective. Let's explore the inside of your body and your five senses. Also you can be active with reflex tests and run with animals to compare your speed. 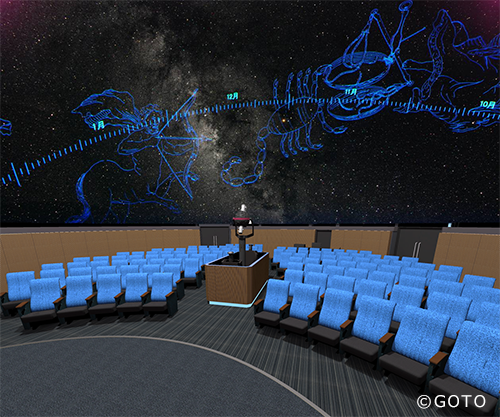 A beautiful starry sky is reproduced with 8 million stars and a dome image full of realism. The commentator introduces how to enjoy the sky and seasonal topics. 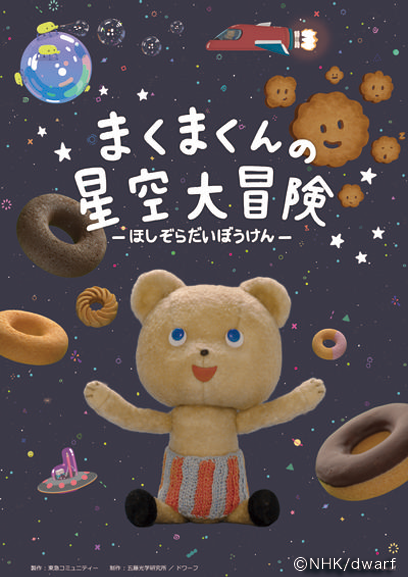 Makuma-kun“ is a stuffed bear who stays at home happily and a little sadly, waiting for his roommate ”the boy“ to come home. Today, he is staying at home while drawing. While drawing a picture of a rocket in his sketchbook... before he knows it, he‘s off to the world of stars with his rocket! The great adventure in the starry sky begins! In this film, you can also see stop-motion animation. There is also a starry sky commentary.
*This program is mainly for families with small children.

This is a planetarium where you can relax and enjoy the stars and music during your lunch break on weekdays. There is no need to make a reservation in advance, so please feel free to come and relax your body and mind. It’s free of charge, but please take a ticket at museum’s reception. There is no commentary on the starry sky. 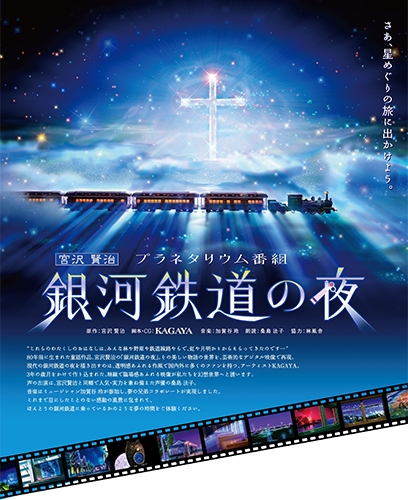 "All of these stories of mine have been given to me by rainbows and moonlight in forests, fields, railroad tracks and other places...“ Kenji Miyazawa's "Night on the Galactic Railroad," a children's story written 80 years ago. It was said to be difficult to visualize, but after three years of thorough study of the fantasy world, a panoramic view of the dome spreading 360 degrees was created. The precise and realistic images invite you into a world of fantasy. The images were created by KAGAYA, an artist whose transparent style has won him many fans both in Japan and abroad, and the voice was performed by Noriko Kuwashima, a popular and talented voice actress from the same hometown as Kenji Miyazawa. We hope you will experience a dreamtime where you feel as if you are on the real Galactic Railroad, surrounded by the most moving scenery you have ever seen. There will also be commentary on the starry sky by the museum's interpreters.

This program is also available with English narration using an assisted horn. Please ask a staff member if you wish to use this service. (Please note that there is a limit to the number of available units.) 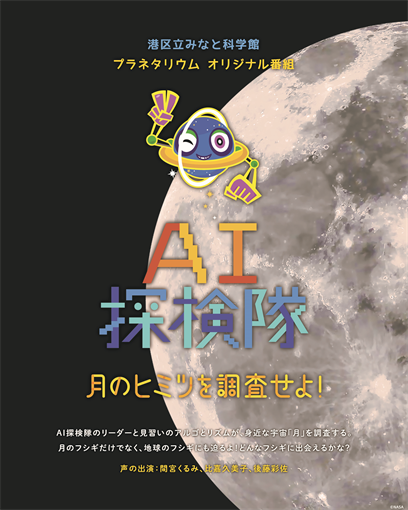 AI Sheds Light on the Secrets of the Moon

The Museum Original Program! The Moon is a celestial body that is very familiar to us. How much do we know about the moon? What does it mean that the tides are related to the moon? Why does the moon orbit the earth? When and how did the Moon come into being? What would the earth be like if there were no moon? The leader of the AI Explorers and their apprentices, Argo and Rhythm, will use AI (Artificial Intelligence) to explore various secrets about the Moon! Don't miss the planetarium's unique visual presentation! The museum's commentator will also give a commentary on the starry sky. 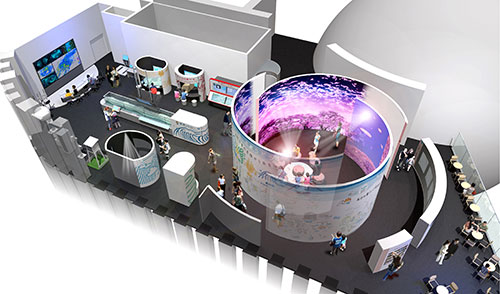 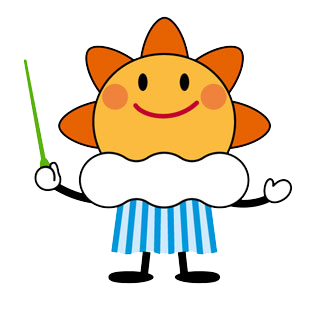